I am a total strategy game nerd.

My favourite game at the moment is Capitalism Lab.

Basically you’re in charge of a corporation. And it’s your job to dominate markets with it… and I guess do world domination.

It’s very complex. and is not for most people And it’s taken years to master. But now I’m at a stage where I’m pretty damn good.

For me computer games are much better than reality.

3D reality is slow. Things take an incredible about of time. In games, you can try, experiment, play and see what happens. You can live 40 lifetimes in the space of a few hours. You can achieve. You can fail. You can be a superstar. You can learn.

Your brain gets such an incredible work out. It makes you smart.

I think the next generation of kids playing minecraft are going to be even clever than most of my generation and my parents. And dare i say it, probably me too. Computer games are the most educational tool in the world.

No other experience in real life empowers you as a child, like a computer game.

I started playing Capitalism when I was 15. Could you imagine a 15 year old being handed CEO?

You can experience so much, emotion, acheivement, excitement in these fantasy worlds. That real life seems pointless.

These games are trancendent of this 3D reality that we live in now.

It takes you to another dimension of flow.

Society criticises screen time and games. Instead, do your work, get on with things, earn money, be a good conformist. “Everything is awesome”

But what if the dropouts of our 3D society are the most satisfied people on the planet?

Whether that’s a homeless man with his can of special brew. Or the man who sleeps in his hovel playing computer games.

So what I’m saying here is, don’t judge.

Nothing is as it seems. The deeper you go down the rabbit hole, the less certain everything is.

Therefore… so long, and thanks for all the fish.

I realise you may not understand these riddles yet. But in time they will make sense to you 😉

I’m going to keep this short and sweet for you. I knew this already… but I won a ticket to this conference, and this lady Henrika vocalised it.

This is the only thing you ever need to know about decision making.

Your subconscious mind is like a big supercomputer. It makes calculations based on 200x more information than your conscious mind. It’s much quicker too.

We dwell on decisions. We try and think about things logically and try and make sensible decisions.

But your body already knows the answer to every question that comes up.

And it’s the logical mind that gets us into trouble.

Our generation is labelled “the millenials” . I don’t like it. It was created by fuddy-duddies in an office somewhere saying “how do we get down with the kids?” Then playing a game of marketing buzzword bingo between them.

This is stock photo of “millenials”. The truth is we’re not models being told to look cool, like these guys. We’re busy getting on with things.

This is a rant but it’s also positive. I’m looking into my crystal ball to the future. This is about politics, technology, art and how I see my generation coming through. 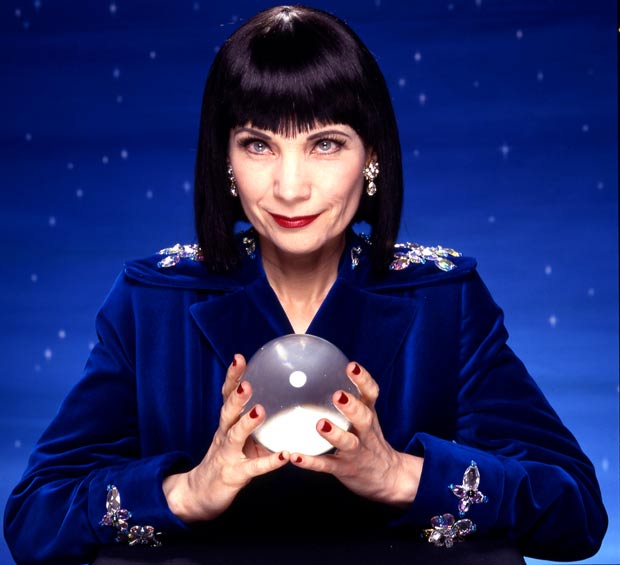 I’m sure I was Mystic Meg in another life

The fact is the older generation have screwed it up for us. In the UK at least, housing is absurdly expensive. Jobs are hard to come by, underpaid and leave little room for a social life let alone any hobbies. Young people have to pay £9,000 a year to get to university (the courses are terrible value, but that’s a rant for elsewhere).

In short, we’re screwed. But I think this is going to make us a more resilient generation than ever.

The previous generation has always emphasised getting a good job, “on the housing ladder”, a mortgage,  a car, climbing the greasy pole, then retiring. You can only enjoy life at 65.

But that’s a broken model.

Most of us don’t want to chase careers traditionally because it doesn’t make sense. The rules are skewed against us.

Because it’s so hard to win by the old rules we’re going to play our own games. We’ll follow the tune of our hearts, and do what we were born to do. Until we find that point, we’ll be restless in our career choices and locations. 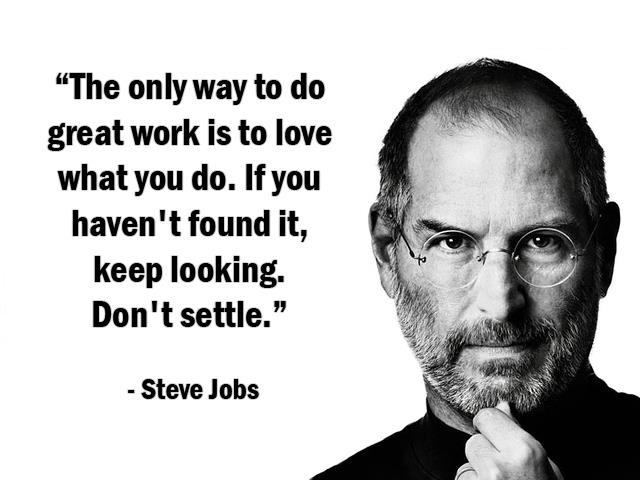 If I had to pick a defining theme of this generation it will be this. We distrust authority, government,. rules, stereotypes. Most of us hate being boxed.

Because we are not millenials. We are young people with souls.

Marketers can piss off with their Youtube pre-roll adverts and “viral” advertising.

We are good enough as we are. In fact we’re brilliant as we are. Most marketing exploits our fear and inadequacy to sell us things we don’t need.

We are now the empowered generation. The connected. We know the truth.

If you’re reading this as an older person, a business person or someone else trying to connect with us: here’s the rub. Empower us and we shall enrich you. Treat us as idiots and we’ll treat you as idiots.

Help us find like-minded souls. Help us express our art. Let us test ourselves through what appeals to us and what’s cool. Rather than relying on outdated, unreliable tests of conformity.

Let’s be honest. Fizzy drinks are full of gunk, corporations are evil, school is pointless. The world of our parents is that of the 70s and 80s. It’s the world of the Ogilvy’s, ugly high-rise office blocks, grimy motorways and dullurbia (dull-suburbia). Look at me with my cool new words!

How ghastly old cities work. I don’t want to go to work in box, along a 24 lane motorway in a big metal box, to sit with other boxy people.

But this generation can see through the fakery and the crud. We don’t need to prove our worth through a position. At least most of us won’t. 50 likes on Facebook mean more to us than becoming Vice President in a company.

We want to do what’s interesting, cool and what captures our imaginations – rather than what’s imposed by a suit.

Madrid is a very beautiful and livable city

Many of us want to live near each other in apartments, near parks, green spaces and other young people. We want to be able to walk or cycle to our friend’s houses. We want to live in livable cities and get outside. If you have 15 minutes – watch this.

I also think technology will bring the end of capitalism. At least in the traditional sense.

Capitalism is based on the principle of scarcity.

The study of economics is how are scarce resources are distributed.

I think technology will solve the problems of scarcity.

Technology will replace bitchwork in this generation. By that I mean admin, driving jobs and probably most jobs will be replaced by computers or eliminated. Driverless vehicles alone are set to kill 10 million jobs.

We will be free of “having to” do things. Many of us will be unemployed. But before you worry about that – I think that’s actually a good thing. We’ll be liberated from things we don’t want to do. Like the agricultural workers of the 19th century. Machinery will take our place.

Everything will be cheap to produce, automatic and abundant. Food, housing, clothing, websites (or whatever we use in future) food delivery, will be done by robots… And because it will be so cheap and abundant, anyone will be able to afford it.

In turn, we’ll regain the most valuable resource of all: time.

We’ll have time to create art, to play, to be daring, to spend time with friends and family. Any work that we’ll do, will be done from willingness rather than obligation. It will come from within ourselves, rather than imposed on us from the outside by a corporate hierarchy.

Paul Graham has written an excellent essay on how to do work you love here.

We won’t be competing any more. We’ll be collaborating.

That might be young people making robots, coding software, creating motorbikes powered by orange juice, designing those motorbikes… who knows. I’m just brain farting. Thanks to technology, our ability to execute on our ideas will become ever more easy.

Ideas beget more ideas. And I believe that within the next 5 to 10 years we’ll start seeing a very powerful creative renaissance particularly from young people. In fact it’s already happened on a large scale. Youtube vloggers. Twitter.

Dave AKA Boyinaband has 429,000 subscribers on Youtube.  His ability to connect with people is way stronger than anyone on TV, any Ant or Dec or Simon Bloody Cowell.

The thing is he speaks the truth, is funny, interesting and his finger on the pulse of his audience. He, and others, will inspire millions to have a voice and share their secret talents.

Another trend is that of having multiple jobs and odd niches. Someone might be an oil painter, a carpenter making lamps and a gardener. We might have several appointments in a day doing various different projects. We’ll all share our expertise in odd niches.

The fact is 89% of people are happier after going self-employed than before. 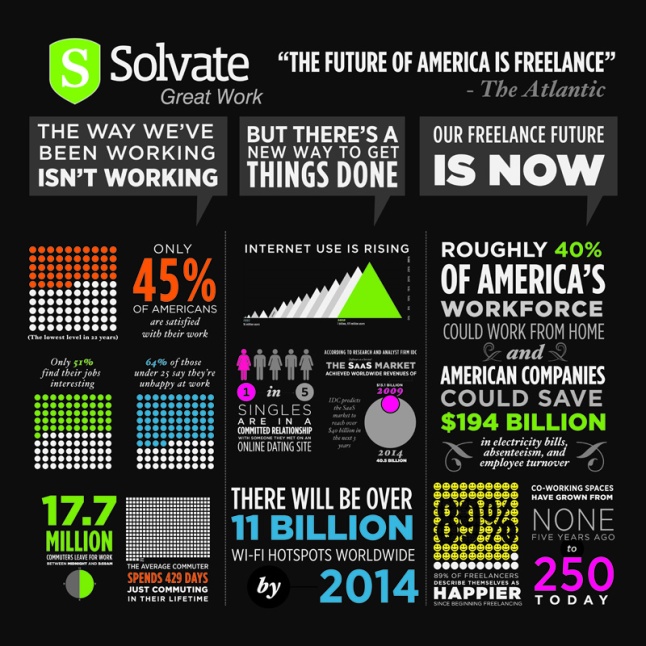 Our side projects will become mainstream. Having weird hobbies will be cool and mainstream. Rather than something that people do secretly at the weekend.

To summarise I think the future is fascinating. Because instead of chasing status, prestige and wealth like many of the previous generation – young people have a higher ideal. Passion. Love. Art. Creativity. Coolness.

. And that means we’re not millenials. We’re young people with souls. 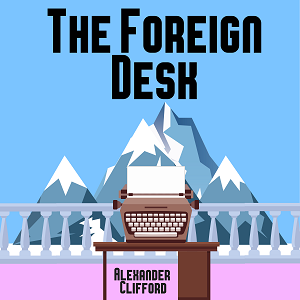